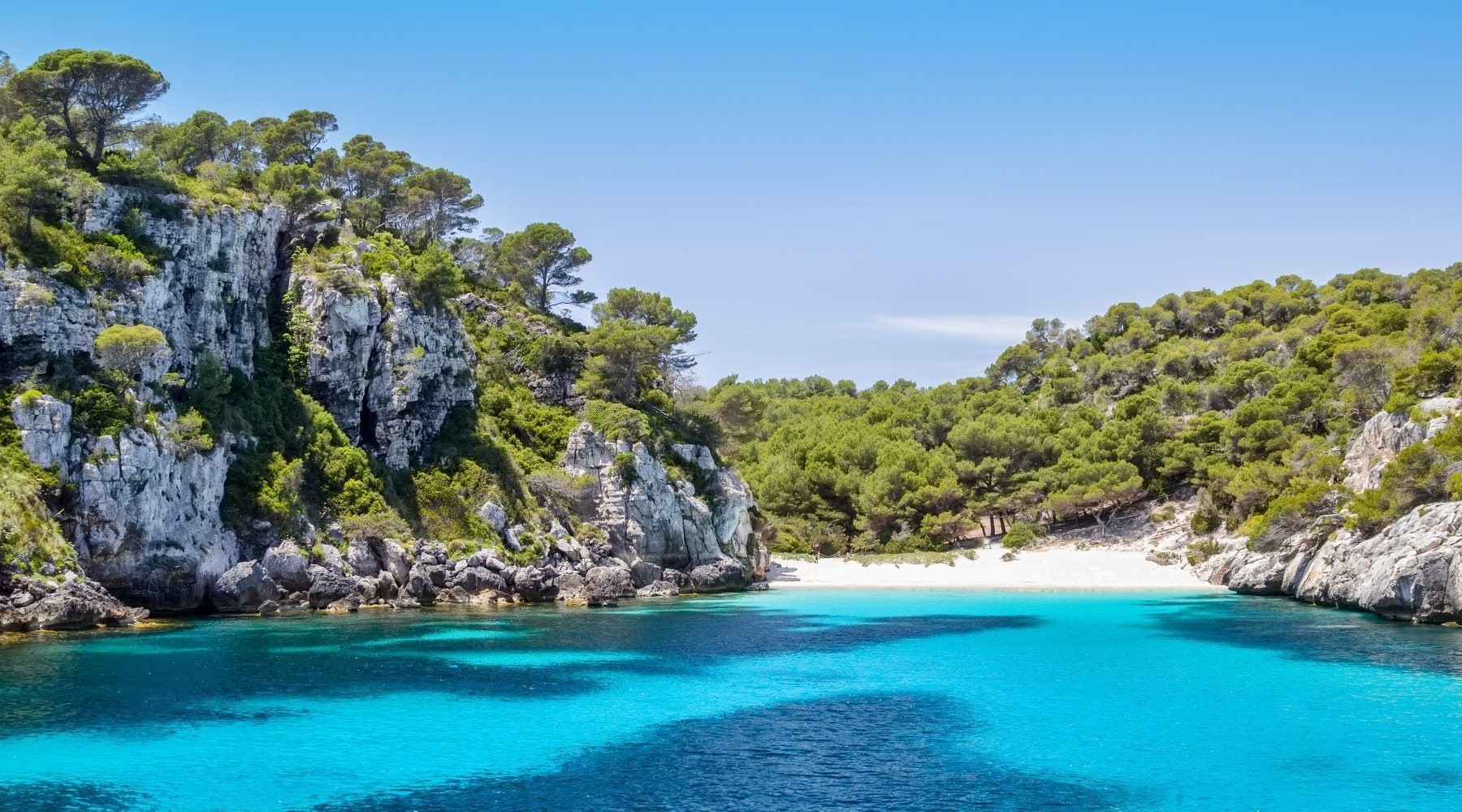 It can be difficult deciding where to go on your summer holiday, can’t it? Do you decide to stick with what you know and book the same place as last year? Or try somewhere new? Well if you go with the latter then look no further than Europe’s best holiday, Menorca. This small Spanish island is the smallest and most northerly of the Balearics it is perhaps not as well-known as its two siblings – Majorca and Ibiza. While we are not claiming that Menorca is some sort of hidden gem – plenty people have been – these are some of the reasons why its Europe’s best:

With 134 miles of coastline that boasts over 100 beaches there is a beach for everyone in Menorca. Not only does it have an abundance of beaches but they are all stunning as well. On the south side of the island is where you will find the more well-known, popular beaches. If a buzzing beach with plenty of people is your thing then beaches such as Cala Mitjana and Cala en Turqueta are the spots for you. In the summer months they will be bouncing with people visiting from mainland Spain, Britain, Germany – not to mention the locals!

If a busy beach isn’t your speed then you should head to the north side of the island. These beaches are usually quiet – even during the summer months. With their red sand features north side spots such as Cala Cavalleria and Cala Pilar are perfect if you want to get away from it all. There are also plenty of naturist beaches dotted around the island, if that’s your thing.

A summer holiday should be for one thing: escaping the hustle and bustle of everyday life. Menorca is the perfect destination to let yourself go and just relax. The whole island is chilled out. If having a whole beach to yourself sounds like the ideal holiday then get down to Menorca. While it may seem unlikely that you’ll get one all to yourself there is a real chance that this will happen if you choose the right spot. The towns on the island are also a nice escape, you won’t be hounded by locals as they will just leave you to do your own thing meaning you can switch off and enjoy.

If getting back from the hotel or villa with having sand clinging on to every body part and coming out of your belongings isn’t for you then fear not, the towns are just as scenic. Menorca has two main towns, Mahon is the capital and situated on the East side of the island while Cuitadella is the former capital situated on the West. Mahon (or Mao) has beautiful cobbled streets, loads of small tapas bars and even an old fortress. Its harbour looks like something out of a James Bond movie and if you go down in the evening time it’s even more beautiful due to its lighting. There are also numerous small towns across the island that hold host to stunning Spanish architecture. 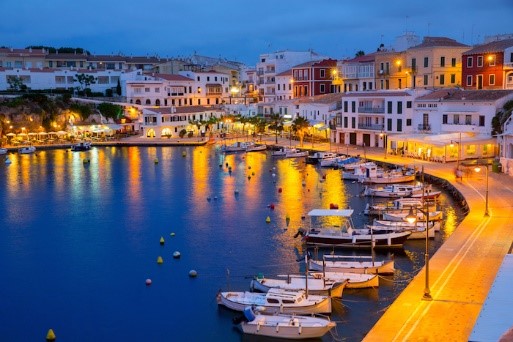 Menorca boasts some of the most delicious food on the Mediterranean. The cuisine on the island is traditional Spanish flavours with influences from Arab, British, French and Roman cultures (all of which have used the island at a point in history). With its own cocktail – Pomanda – that is made from Xoriguer (Gin made in Mahon) and lemon that will keep you refreshed with temperatures around 25 degrees Celsius. They also have their own type of pastry called Ensaïmada that is sold in almost every shop around the island.