Being one of Scotland’s greatest exports, whisky is becoming so much more popular. Glenmorangie 18 Year Old is one of these whiskies breaking through as a stand-out whisky in the world of connoisseurs. Glenmorangie has long been established as a respected brand, making them one of the best buys whether you are new to the whisky world or coming to it as an age-old expert.

Whisky itself is derived from an ancient history of distilling. The word whisky has its origins in the Scottish ancient tongue of Gaelic, previously meaning ‘uisce beatha’ or ‘water of life’. This whisky, in particular, is steeped in all of this history, making it a classic Scottish whisky from the Highlands, near the Dornoch Firth.

Glenmorangie 18 Year Old is matured first for fifteen years in a cask made of American white oak before 30% of this liquid is then transferred for three years into casks made of Spanish Oloroso.  The two are then blended back together once they have both reached 18 years in order to create a bold, rich and flavoursome aroma, taste and finish.

This particular whisky has a nose of sweet, sugary dried fruits with an additional aroma which is more complex- of fragrant florals.

On the palate, this whisky will provide you with a balance of the malt, the floral fragrances of the aroma and a sweet honey. You may also taste hints of both dates and figs, with deep levels of wood smoke as you experience each taste level differently.

As you finish, this whisky will leave you with a long-lasting flavour of the sweetness which has lasted throughout, the tempting hints of the dried fruits, and a nuttiness that has come from the dry Oloroso casks during the process. 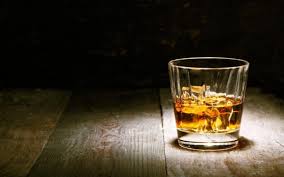 As whiskies go, the Glenmorangie 18 Year Old would be a brilliant and tasteful gift to help someone get into whisky. The sweet and floral notes that the whisky provides will make the rich whisky seem more delicate on the palate and will not overpower in the way that some whiskies might. That said, I’m sure a whisky connoisseur would be very happy with the Glenmorangie 18 Year Old as a gift as well.

Whisky is an acquired taste but once you have tried this whisky in particular, you won’t be wanting to drink anything else!